This one was a performance with a more reduced setup than usual...


But I have to say I am still pretty pleased with the results, and hope you'll be as well after listening / re-listening to it, which you can do here! 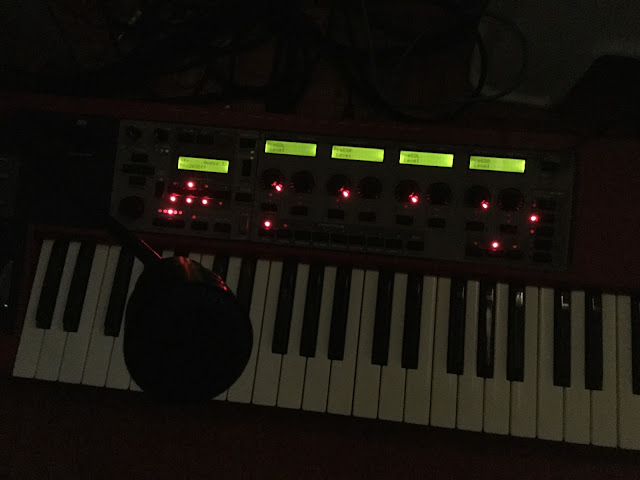 In this performance, I used the Clavia Nord Modular G2X as my main sound source, playing the following patch, named "Dual21":

This is a relatively standard polyphonic patch, with quite some modulation options available (including modulations between the oscillators) and a wavewrapper module to spice things up, with really good results!


To make things more interesting, I added a second instrument, which was mixed using the following patch, named "Mix202Eff":

In this patch, I mixed a single external source at a time together with the pad coming from the Clavia Nord Modular G2X.

At times I used the original microphone to capture the sound of a toy melodica, while at other times I captured the sound of my Rhodes 73 MkII, which is amplified by a Roland DC-20 Analog Echo (which is used as echo as well).

But this patch doesn't limit itself to mix both signals together, it also offers a modulation effect path and a delay effect path!


To add reverb, a third patch was used in the Clavia Nord Modular G2X, named "TraditionalVerb2", making use of the two sets of stereo busses available! 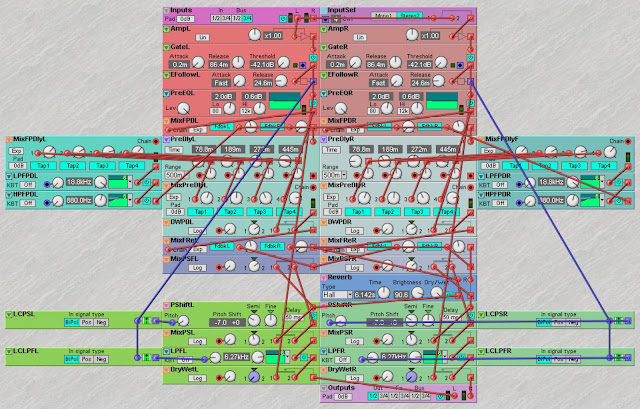 To get more info regarding this patch, be sure to check this old post, as this patch was quite discussed in it!


I think this covers this performance, and I really hope you enjoyed to listen / re-listen to it!

Like always, the patches I made for the Clavia Nord Modular G2 are available in the same link as the performance, which means here!


For the time being, this is the last performance in which I used the Clavia Nord Modular G2, since I don't have any with me in my new location, but will surely use it again as soon as I have the chance ;)
Publicada por Paulo Santos à(s) 02:02